It’s funny how the smallest things can get you thinking about a story to tell.

So, today, I was getting a new car after spending Thursday and Friday of last week shopping. I know, I got one last year, but it was under extreme circumstances, and my dad said that if I wanted to, in 6-12 months’ time, I could trade it in if I wanted, so I took him up on it. I looked at about four cars at two different places, one in White Marsh and one in Timonium. I ended up finding a practically new used car (2014, only 6700 miles on it) at the place in Timonium. The salesmen was from the African nation of Burkina Faso, and while I waited the requisite several-hour wait for a new car, all the usual questions came up, including “tell me about the first time you saw snow.”

He didn’t have much to say, but it reminded me of when my family hosted these two girls for my high school’s basketball tournament. They came from Miami, and I’ll call them Meghan and Melissa, because both of their real names actually started with M. It was February, and it had snowed the week before, but most of it was gone. The first afternoon the girls arrived, the topic of snow came up. Meghan had visited New York in the winter before, so she had seen snow, but Melissa, who was born and raised in South America and had only recently moved to Miami, had never seen snow. When my dad mentioned that he saw some snow still on the ground at a local mall, Melissa went crazy, so my dad took her to see the snow.

They arrived at the mall at sunset, and indeed there was snow.

But it was the littlest, grossest mound of black parking-lot snow there ever was. Looking something like this. 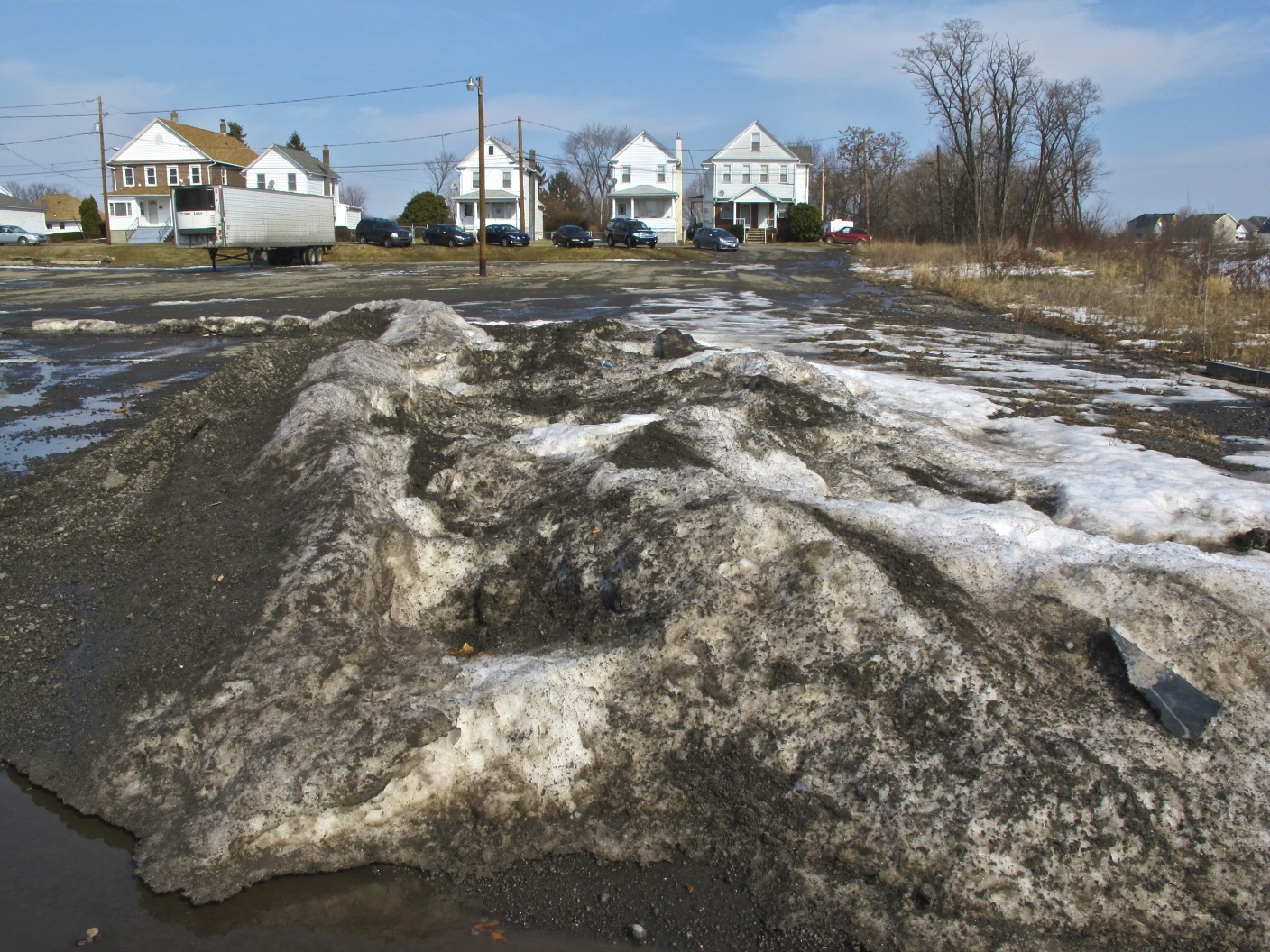 She bolted out of the car, in her jacket, capris, and little hemp sandals, and climbed up the little mound of snow, and stood proudly on top. Her first ever snow. She thought that it was the most exciting snow ever, even when we told her it was probably the worst bit of winter. She asked if she could eat it, to which my dad was like…normally, yes, but not this black snow. Or yellow snow.

And that’s the story of Melissa’s first snow.

Oh, and I bought the car. It is new and cute.

8 thoughts on “The Worst First Snow Ever”