Today, we celebrate the birthdays of two women who changed American music in different ways: Barbra Streisand and Kelly Clarkson. One is 32, the other is 72. I’ll let you guess which is which.

So it’s time for another round of…

Barbra: The Prince of Tides. Not a complete terror, but I read the book first and Ms. Streisand took an awful lot of artistic license. And on that license, there was two phrases: “organ donor” and “LOOK AT ME! LOOK AT ME! I’M SUSAN LOWENSTEIN! LOOK AT ME!”

Kelly: From Justin to Kelly. One of the worst movies of all time. That’s talent right there.

Barbra: Making a stink about her home being on Google Earth, causing the “Streisand effect.”

Kelly: Unsportsmanlike reaction upon losing World Idol to Kurt Nilsen, winner of Norway’s version of American Idol, on international TV. Later claimed to have been ill at the time. Granted, she was contractually obligated to participate in this meaningless conference of banality.

Barbra: Paid homage to in Mike Myers’ Coffee Talk with Linda Richman, on which she made one thirty-second cameo appearance. Has never hosted nor performed. 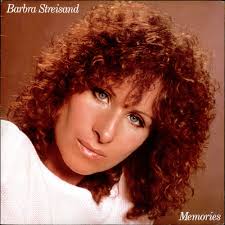 Streisand’s got some great looks, but I pored through pictures of albums and singles by Clarkson, and there really isn’t one that stands out; she looks pretty similar in all of them and none have tragic ‘dos. I picked this one based on the fact that her face and hair are pretty, but I’m not exactly sure what she’s supposed to be doing here. Is she frustrated? Seductive? Bashful? Complicated? Actually, the more I look at this image, the weirder it looks. It’s like a Magic Eye.

GIF Of Her Giving a Compliment to Her Opponent

Who isn’t charmed by that classic line? A very true statement, Babs.

Kelly really hits the nail on the head with this one. I couldn’t agree more.

Did you really think I’d pick one or the other? It’s like Sophie’s Choice, only with talented singers.