My trip to Florida actually resulted in me finishing in a book and getting halfway through another (we’ll see when that one gets picked back up again) but just as the bus pulled back up to the art museum in Madison, I completed reading A Handbook of Volapuk by Andrew Drummond.

This book was mentioned in a lecture I attended at the beginning of the semester on artificially created languages, one of which was Volapuk. In essence, languages like Volapuk were created in the nineteenth century for the purpose of simplifying and unifying language. Other than maaaaaaybe Esperanto, none of them really survived. Volapuk is an interesting case, because it was, for a time, a first language of many, and there still exists literature in and about it. Of course, as it’s an English-based language, it’s probably difficult for Russian or Japanese speakers to learn, but if you happen to know English, it makes sense to an extent.

The book is basically a story-within-a-story. At the beginning, a carriage crashes, carrying three men – two of whom are dead and one of whom is alive, but injured and speaking unintelligible words which turn out to be Volapuk – and a mysterious box. Inside the box are the contents of the story, which then proceeds under the narration of Mr. Justice. Justice is a church organ repairman who becomes wrapped up in the Edinburgh Society for the Propagation of a Universal Language after befriending Sir Thomas Urquhart. He assumes the position of protector of Volapuk and attempts to teach it, only to be met with resistance, so he dresses like a crazy superhero and gets a better response that way. Because that always helps. His main opponent is an Esperantist named Dr. Bosman. In order to sway him, Justice abducts him to an asylum, by disguising himself as a woman. For some reason, Justice spends the majority of the remainder of the crazy journey of the book dressed as a woman before picking up Bosman, and joining forces with him. At the end of the book, the three men are escaping from the authorities in a rickshaw tied to a hot air balloon, which drops them, thus ending their story.

What is most interesting about the book is not its characters nor plot, but its structure. In between Justice’s Don Quixote-esque quest, there are language lessons and exercises in Volapuk; the same lessons and exercises that Justice teaches his students. They start off simple, but grow more complex as the book goes on, and even give a few basics of Esperanto and Solresol. Sometimes, the language learning parts were more interesting than the story itself. I attempted to test myself along the way, but somewhere around the fourth or fifth lesson I got stumped and just decided to keep reading rather than attempt to learn. However, some words that are repeated throughout the book such as lol (rose) and tidel (teacher) began to set in where the lessons didn’t. Essentially, though, if you were to really absorb the entirety of the book, you would be able to speak Volapuk, or at least understand it better than 99% of the world, which is pretty good for three hundred pages.

The characters themselves were my least favorite part of the book. Justice started out as a likeable guy but transformed into a megalomaniac, and I didn’t get why he just wouldn’t leave Bosman the hell alone. There are so many characters in the book that appear only once, and just too many characters in general. The students Justice starts with are not even remotely in the picture by the end, and the composition of the group keeps shifting, dropping and adding people who really don’t have many distinguishing characteristics, except maybe the Solresol couple, who create a musical language, or the two Japanese men who seem to tag along with various characters, and pop in at random times. Sir Thomas Urquhart is a real person, and a linguist, but actually lived and died 300 years before the action of the book. In addition, towards the middle of the book, he apparently either dies or goes into a coma and isn’t mentioned until near the end, when he’s mentioned as having been alive, and there the whole time. Initially, I thought he’d died because Justice talked about things like sorting out his affairs, but looking back, even though they talk about burying him and sorting out his affairs, it’s actually never said whether he’s dead or in a coma. I guess I just assumed he was dead, because all mention of him ended, and then when he reappeared at the end out of nowhere, alive (and as the sole survivor of the rickshaw-hot-air-balloon crash) I was totally confused. Maybe he was actually just a muse, there in spirit but not in body? Okay, I think that got a little too supernatural than the situation merited.

It’s interesting enough. I give it vels out of bals. 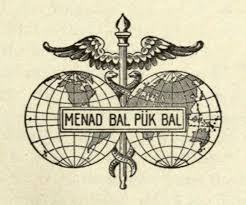