Now that that’s out of the way…

I’ve noticed a trend, and bear with me on this one, because it might sound extreme, but…The Internet. Today, at dance class, when someone had a question about a samba step, our instructor said that she does it one way, but on YouTube you can see it done another day. When I asked some other people in class how they learned West Coast Swing so well, they responded “The Academy of YouTube.” And yes, I fully admit to using Google Translate to help me understand words in different languages.

But think about it. If you have an Internet connection, you have access to the equivalent of several college degrees:

For Classics, Project Gutenberg has tons of public domain books. Put that down for Literature, Theatre, and Philosophy as well. Didn’t go to cosmetology school? Beauty gurus exist on YouTube. Want to study historical films? Amazon Prime has that. How about discovering your inner Freud? Psychology Today. And of course, for current events and political science, there’s everything from Buzzfeed to The Huffington Post, and you can even cross-reference sources. There’s probably even more out there.

And if you want to get hazed by a fraternity, hey, there’s always Chat Roulette.

Plus, you don’t have to worry about student loans or course registration or segregated fees that go to constructing new stadiums and new condos for sports coaches…

That’s totally it. Colleges are a giant money scheme set up by football coaches. Illuminati, confirmed.

What am I doing with my life again? 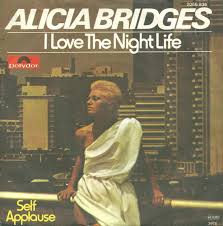 I’ve still been thinking about Alice in Arabia, so consider this a Part II to yesterday’s post. Sometimes, I look at ideas by others and I think that, given the chance, I could execute them better. So, here are a list of pitches for television shows I’ve come up with that could feature Muslim characters without stereotyping, or at least that are better than Alice in Arabia. Here we go.

Souad is a twenty-something Muslim woman who has left Afghanistan to pursue her dreams of being an ophthalmologist. In the pilot, we see her getting her acceptance letter to a university in America, and leaving with her family’s blessing. Souad thinks she’s got it all figured out, but upon arrival at school, however, Souad discovers that there’s more to America than meets the eye. Proudly sporting her traditional burqa, all that others can see are her eyes, which are usually in a book or looking into a microscope. Follow Souad as she struggles through navigating her new life and her new language, challenged by her fears for her own safety as well as that of her family back home; but revel in her triumphs of never giving up, and finding love where she least expects to see it, with a man who can look past her veil without removing it. One unique feature of this show would be the usages of two camera styles: one as Souad’s eyes and one as the eyes on Souad.

Abdul, a young man of a wealthy Saudi family, spends every waking moment on the Internet, making friends all over the world through a computer simulation game where he is mayor of a virtual city. Things take a serious turn when he finds out that some of his citizens are not who they seem; he stumbles upon what he thinks is a virtual terrorism fantasy story that is an actual plan to kill a powerful figure overseas. For help, he reaches to the one person he still trusts: his virtual wife and first lady of the city, Nadia, a beautiful young player from France who speaks impeccable Arabic, in whom he has confided his deepest personal secrets, including this one. In the pilot, after they decide to team up to take this player and his real-life plan down, Abdul and Nadia video chat for the first time, Abdul is relieved when the beautiful young woman he’s dreamed of looks just like her pictures, but the truth comes out that she is not as far away as she seems: Nadia was born in France, but grew up and still lives in Tel Aviv, Israel, and is Jewish.

Two Muslim sisters-in-law decide to open the first halal shish-kabob food truck in Boston, and turn Beantown (and their families) upside down with their newfound friendship, custom-painted truck, and unconventional ingredients. A recipe for fun.

When Sherri, a stubborn, high-powered American executive, gets dumped, she crashes into the first man she sees for a one-night stand. That man turns out to be Ali, who’s an arrogant Muslim fashion model. Sherri and Ali detest each other and swear to never get together again, but they find out they have more and more in common, with Sherri’s firm taking on a company Ali models for as their newest client. Ali starts developing feelings for Sherri but has to keep it professional, and when Sherri finds out that Ali’s “traded up” to a new girl, a co-worker with model-esque looks, it turns into a case of…

Estelle Reiner, we have liftoff.

To start, bienvenidos to my first-ever visitors from Paraguay and Bolivia…ole!

For one of my classes this week, we were given the assignment to go on a website about languages and find three links of value to the rest of the class. Easy enough, right? But then, out of the mist of the wild Internet, it appeared…

I am a complete sucker when it comes to online games. Actually, games in general. I will play for hours and hours and hours, not only trying to get a better high-score, but to figure out how to beat the game. And if the game involves words, even better. A girl in my grade in high school once told me that I wasn’t fun to play games with anymore because I would always figure out how to win, and then do that every time. Didn’t work out so well for her, but hey, that’s the game.

Anyway, one of my sections was about improving one’s English grammar (http://www.roadtogrammar.com), and it included a games section with not one, but SIX addicting games.

Four of them were kind of duds, though. The game called MERGE is your basic doublet game, in which the player is given two four letter words and must change one letter at a time to connect them, like lamb-limb-lime-mime-mine or whatever. The one called FLUENT is sort of a general English challenge and is pretty easy, although for a couple of answers I disagreed, which tripped me up. WORD SLAMM [sic] involves flying letters, and making a Scrabble play out of them; a good concept, but poorly designed and executed. WORD SEARCH is mostly just your basic word search with a Minesweeper-esque twist, where if you click a letter that is not a part of any word, it costs you a life.

The two that were complete time-slaying demons:

Let’s start with CHOPPED, the lesser of the two offenders.

In this game, you’re given a sequence of ten letters, and must “chop” off letters (without rearranging them) in order to make a word, the longer the better. The concept is easy enough, but if you think “oh, I’ll just pick out the five letter word right off the bat, then you’ll lose. You get bonus points for five-letter words or more, but usually I ended up with only three- and four-letter words.

Then, onto the time-waster of the day, WORD STRIPS.

Again, a simple concept, but made increasingly harder by time, stress, and the infrequency of vowels. There are four strips of five letters each, and you can slide them up or down to make a four letter word in the center row. There is also a little red indicator on the side to see what letters you have in the center row. It also automatically stops when a four-letter word is formed; so sometimes it will stop you from trying to make, say, “stop” when you have “atop” or “shop” in the boxes, which is a time saver. Sometimes the four letters in the center row will already be a word, so just click on it and your work is done. Others are much harder, with lots of j’s and q’s and x’s in the mix, as well as a paucity of vowels.

So, strategies. There are a few, but none are completely fail safe.

First, you can look at all the letters before moving the sliders, then when you see the word, just move the strips and you’re done. However, when time is a factor, sometimes your eyes dart to the clock rather than making words.

Second, there’s the vowel pattern strategy. If you see a pattern of consonant-vowel-consonant-vowel, especially when there is an e at the end, just line up the second vowel and the final vowel and play with the consonants until you get a match. When the second letter is a and the last is e, there are endless combinations to make it a four letter word. In this paragraph, there are two: “LINE” and “MAKE.”

Third, there’s the “make it plural” strategy. Due to the sheer number of three letter words, when you have an s in the fourth position, it’s inevitable that the three preceding letters will make some word.

Most of all, don’t waste time looking for fancy words. This is not Scrabble, you don’t have that kind of time. Sure, a few times I ended up with “QAID,” “AMYL,” and “SOYA,” but that was because I saw absolutely nothing else.

My personal high score is 984.

There went several hours of my life, and probably several more in the future.