I don’t know what’s going on with my blog right now, but I just got over 300 views in an hour – mostly from the USA but also from Haiti, Trinidad and Tobago, and Isle of Man. Insert language-appropriate welcomes here.

And not all of them were from me refreshing the page.

If someone can tell me what is going on, please do…

But not before this very important message.

I woke up this morning, checked my Facebook, and read one of the saddest things I’ve read in awhile – the death of legendary child star/actress/dancer/public servant Shirley Temple Black.

For those of you who don’t know, Shirley Temple was an adorable little girl whose movies such as Curly Top, Baby Take A Bow, and Little Miss Marker (among dozens more) became American classics, not just for her cute face but for her incredible dancing at such a young age. She appeared alongside some of the best dancers of her time and kept up with them, sometimes even outshining them with her innate ability. As she got older, though, she focused more on academics then acting, announcing her retirement from film in 1950 (which she maintained – Justin Bieber, take note). Her interests moved toward politics, resulting in her appointment to three diplomatic (or should I say, dimplomatic) posts as US Ambassador to Ghana, then Czechoslovakia, and then to the United Nations. She was eighty-five years old, and died of natural causes, surrounded by friends and family. That’s the way I want to go.

Media outlets picked up on her death rather quickly, of course. But these days, I’ve discovered that laxity in reporting has led to more and more inaccuracies when reporting on such events, and often compete so virulently to be the first to break the news that someone inevitably gets it wrong. Remember #nowthatchersdead? Referring to the death of former British PM Margaret Thatcher, people misinterpreted it to mean that legendary singer Cher had gone to the great farewell tour in the sky – so much so that Cher herself had to go on Twitter and post pictures that she was still alive. True, this has been around since the legendary “Dewey Defeats Truman” headline, but more recently, upon the death of Whitney Houston, photos of several African-American female celebrities (Oprah and Whoopi Goldberg) somehow made their way through clueless designers’ filters to accompany articles surrounding the controversy.

Is This Shirley Temple?

This is the image that inspired today’s post, as I was in the grocery store and almost did a double-take, but I’m so clever that I caught myself. This is not Shirley Temple. This is, in fact, Little Debbie, purveyor of fine, carbohydrate-laden snack cakes.

This is also not Shirley Temple. This is Mary Pickford, an actress from the silent film era after whom Shirley Temple’s mother modeled her daughter’s signature curly hairstyle. 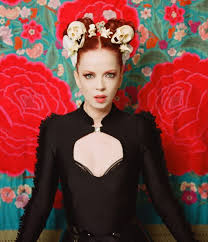 Did you guess no for this one? Well, you’re wrong, because this is Shirley Temple. She grew into her looks and made a few films in her late teens and twenties, but most of them failed to replicate a modicum of her previous successes. 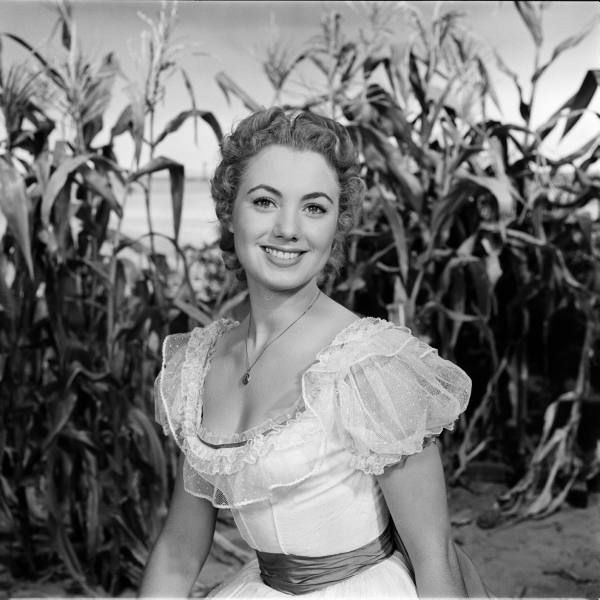 This is also not Shirley Temple. Despite the beautiful smile and curly ‘do, this is Shirley Jones, singer and actress famous for many roles including that of the matriarch of The Partridge Family. Here she is as Laurey Williams in the famous film version of the ever-popular 1940s musical Oklahoma!

I bet you thought this wasn’t Shirley Temple. Well, guess what, you’re wrong, because this is Shirley Temple, sporting a lovely jewelry ensemble probably picked up overseas during her Ambassador to Ghana/Ambassador to Czechoslovakia stint.

Is this her? Did I get it right? No. This is also not Shirley Temple; it’s Shirley MacLaine. Also an actress, but turned to the spirit world in her adulthood rather than the actual world. Fun fact: She was named after Shirley Temple.

Is this Shirley Temple?

Yes, indeed, it is! Known for her energy and effervescent smile, here she is proudly accepting a Lifetime Achievement Award from the Screen Actors Guild. She really knew her stuff.

To one of the world’s most enduring stars…

Thank you for your work, you will be missed.

When I went with my family to Germany/Prague two years ago, we had the chance to dine at the residence of the Ambassador of the Czech Republic. (My sister used to babysit the current Ambassador’s daughter when they lived in Washington, DC). It was one of the most surreal things I’ve ever done and the meal was one of the most elegant I’ve ever enjoyed. Towards the end of the meal, I asked His Excellency, who was a few feet away from me, if Shirley Temple had lived here when she was the ambassador to Czechoslovakia.

First, he said, “You don’t have to call me Your Excellency, you can call me Norm,” and then, he said, “Yes, Shirley Temple did live here when she was ambassador.”

“Yes, she most likely did.”

That pretty much made my night. That, and the fact that of around twenty people at the table, no one had remembered or had thought to ask that.

And that’s how I ate dinner at a table once used by Shirley Temple in Prague.

5 thoughts on “And Don’t Call Me Shirley”